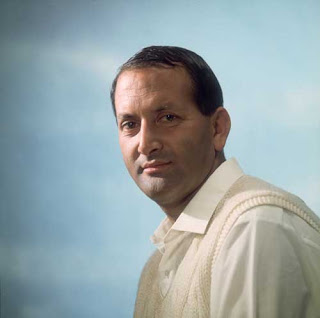 I suppose, looking back, there’s an outside chance that it was all fevered or dreamy or intoxicated reverie, half a chance that I only imagined that strange conversation in the pub about apostrophes and sportsmen which at the time I reported as fact, but now am prepared to admit – or at least to entertain the notion – that it may not have actually taken place, a conversation in which it was suggested that a little known, flash-in-the-pan, medium-fast Kiwi left-armer was the best cricketer ever with an apostrophe in his surname. (I know it’s ludicrous now – but at the time I hadn’t thought of him. Or him.)

Anyway, in an act of frankly pathetic self-plagiarism (if such a thing is possible), I then recycled this almost certainly imaginary conversation, only this time it was about apostrophied footballers, of which there are many and from whose number I’ve subsequently selected a formidable team, from Preud’homme to Eto’o, with the likes of Guivarc’h on the bench.

And that is where I had parked this ground-breaking, epochal research project until last month, up until the point at which the sheer volume of complaints, lobbying, and desperate, suicide-threatening pleas from Joe and Josephine Public compelled me to pick up the original baton and – in the light of a completely fabricated barroom debate – choose a bunch of cricketers with names carrying this most vexatious (and, in the vanguard linguistic city of Birmingham, redundant) of punctuation marks.

After an intensive four-week period canvassing the mover’s and shaker’s (and grocer’s) of global o’pinion, at long last I’ve settled on my Cricketing Apostrophe XI, competition for which was fierce. As I said before, the game that my fantastical team would find itself playing would be a Punctuation Shield Final, inevitably against the Hyphen XI (a decent side, with their Hamilton-Browns, Inzamam-ul-Haqs and Fleetwood-Smiths). I say inevitably, yet I suppose it’s theoretically possible that you could also assemble a team of accents – acuté, gràve, circûmflex, tĩlde, ümlaut, çedilla, čaron, kål and suchlike (no doubt skippered by the redoubtable Chris Tavaré) – although I’m not sure what sort of game this rag-tag and heterogeneous bunch’d give either the palpably united Apostrophes or Hyphens in the Punctuation Shield semi-finals…

Here it is, then: my grammatically homogenous team, veritable Aryans of the apostrophe. (Note that no Sri Lankans have made the team, despite most scoreboards having little choice but to apostrophise their surnames.) Clearly, it is less graphematically appealing than the Footballers XI, for the simple reason that cricket – corralled as it is in the former British Imperial territories (and thus, apostrophe-wise, largely restricted to the Celtic tongue, give or take a Goa and a flow-a from Samoa) – lacks the linguistic diversity of the footballing world, which can call on such apostrophe-bearing languages as Italian, Portuguese, Dutch, French, Maltese, Hebrew, sundry Polynesian and Bantu tongues, and of course the Celtic stuff, from Irish to Breton. Anyway, I’m sure you’ll forgive me for balancing the understandable desire for that frisson of orthographical unorthodoxy with having to pick a competitive team. (For the Punctuation Shield, as I say.) Otherwise, well, I’d have bunged in Maurie Fa’asavalu – a rugby player, true, but a quality apostrophe.

But still I digress. The team…

Oh, they shall play at Lord’s. Where else? 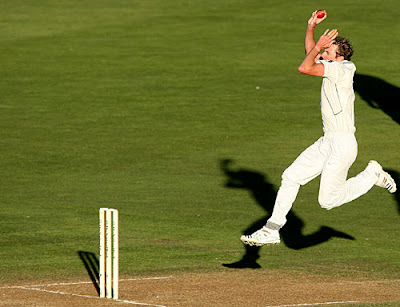 1: Norm O’Neill (Aus)
Described by Gideon Haigh on his Cricinfo profile as a “broad shouldered adonis who gave off a golden aura of good health,” the tough-as-teak opener averaged 45 across 42 Tests, his PB of 181 coming in the tied game of 1960 in , yet is widely considered an underachiever. Not in this side, he ain’t.

3: John D’Arcy (NZ)
Mr D’Arcy played 5 Tests for New Zealand as an opener – all in England in 1958 – and yet didn’t make a single first-class century in his entire career. Not one (grip problems, apparently). Kiwi strength in depth. Former Derbyshire batsman Tim O’Gorman is pushing hard for selection, it has to be said.

4: Basil D’Oliveira (Eng) captain
The late D’Oliveira will forever be remembered as the man who in 1968 faced down apartheid, leading to his homeland’s 25-year exclusion from Test cricket. He was also a fine batting all-rounder who served Worcestershire with distinction, a legacy continued by son Damian, now academy director. (Probably also sneaks into the yet-to-be-selected Herbs XI.)

5: Niall O’Brian () wicket-keeper
Another off the production line of inventive ginger-haired Irish left-handers, following Eoin Morgan and Ed Joyce (no, I will not debate whether the latter was inventive or not). ’Keeper in this team (yes, I do insist on the apostrophe to mark the elision of wicket- because it’s not “just the same as phone”).

6: Ted a’Beckett (Aus)
Toured in 1930 with Bradman, playing at when The Don made his country’s highest Test score of 334. Doubting Thomas was a relation.

7: Simon O’Donnell (Aus)
All-rounder who played for when they were gash. Wouldn’t have got in the side as either pure batter or bowler, and shouldn’t really have done as an all-rounder either, although he once smashed an 18-ball half-century and did a half-decent job in the ODI team when they won the 1987 World Cup. Now presents Channel Nine’s lunchtime show – presumably because he’s good at hawking merch and casually littering his sentences with mentions of their “corporate partners”.

8: Kerry O’Keeffe (Aus)
The ABC commentator with the infectious giggle wouldn’t get within a million miles of any other representative XIs – save perhaps Players Who Rhyme With Beef – but that cheeky little apostrophe sneaks the leggie into this all-time XI as second spinner ahead of near namesake Steve O’Keefe. Kiwi swinger Shayne O’Connor would play on a green’un.

9: Bill O’Reilly (Aus)
Genius purveyor of fast, spitting leg-breaks and top-spinners during the 1930s who took a gross of Test scalps in his 27 games, including 27 in the Bodyline series, and was rated by Richie Benaud as at least the equal of SK Warne. He also disliked Bradman intensely. Kudos.

10: Iain O’Brien (NZ)
Big-hearted self-professed depressive who spent a bit too much time playing league cricket in Derbyshire before pulling his finger out of his backside and bringing an air of genial club cricket to the Test arena as he ran uncomplainingly into gale force winds, nibbled it around, and made a bunny of Mahela Jayawardene. Underrated (although not quite good enough as sub pro for Leek in 2008 to stop Moddershall winning the North Staffs & South Cheshire League title).

11: Murphy Su’a (NZ)
Was born in Wanganui, which is pretty much what he did as a cricketer… Middle name: Logo. Stout-hearted, stout named.

POST SCRIPT:
Indeed the Apostrophes shall play the Hyphens, as Rishabh @CricketNerdist has taken up the challenge and selected an all-time double-barrelled outfit, which you can take a look at here. Controversially, there’s no place for Rory Hamilton-Brown, a.k.a. the white Asad Shafiq (perhaps because the hyphen is an affectation of his father’s), nor Misbah-ul-Haq. Assuming nobody wants to select a team of Accents (and beyond Chris Tavaré, I'm not sure I know any), all that’s now required is for some maths genius to work out the outcome based on some incomprehensible algorithm or other. Or maybe aggregated career averages. Volunteers?

Karnataka board recently announced that sslc result 2017 will be publish soon.

SSLC Result Karnataka will be declare on the 1st may of April 2017. Students can check the results online.

TN SSLC Result will be declare on the 2nd week of May 2017. Students can check the results online.

KSEEB Board is going to declare Karnataka SSLC Result today. Students can check the results at official website of karresults.nic.in.

Eid Mubarak SMS in Hindi most recent of 2017 which can’t be discovered anyplace on net. You can duplicate these Eid SMS and send to your Parents, Relatives and companions.
eid mubarak images
eidimages.com